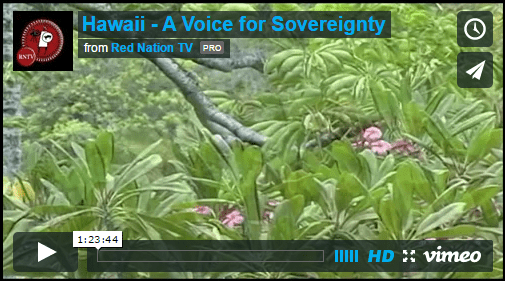 Hawaii – A Voice for Sovereignty is a documentary film by photojournalist Catherine Bauknight that explores the culture of the Native Hawaiians and their connection to the land. At the forefront of the film are social, economic, and ecological issues that have developed in Hawaii since the takeover by the U.S. in 1893, revealed in interviews with grassroots indigenous people and scholars such as author, Haunani-Kay Trask.
Director: Catherine Bauknight
Documentary Feature | Released: 2009| Not Rated | 1 hr. 25 min.