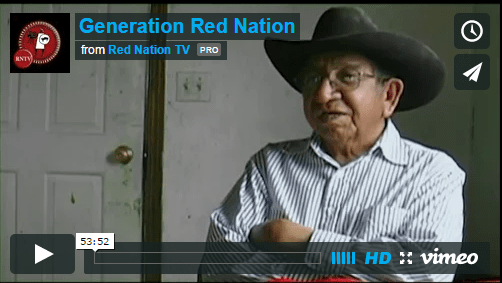 Reckless government policies nearly destroyed American Indians and could do the same to the U.S. Just as with American Indians, they stole from us with recent bailouts, allowed our infrastructure and environment to degrade, education suffered, and poverty spread. Generation Red Nation gives a brutally honest view of life on Indian reservations, leaving the Reservation, and city life. With 89 percent unemployment, rampant substance abuse, the shortest lifespans in the nation, climbing teen suicide rates, and substandard education, how can they create a better life for their children? Part of the solution embraces American Indian culture, family values, and traditions taught by Elders. Our Nation can benefit from their advice, especially when many of us feel victimized by corruption from corporate and government leaders.
Director: Olga Valanos
Documentary Feature | Released: 2012 | Not Rated | 54 min.